A while back, I picked up an old, but working pair of green, outdoor, patio speakers.

Although functional, the internals were not very modern. After some investigation, I found them to run off some pretty common appliance MHz range (e.g. phones, etc). They also needed a transmitter I did not seem to have, nor care to find used, online. So, with all things CRUFT, I decided to figure out what to do with the pair of them.

I took a poll from my social feeds and most people wanted me to turn it into a hat, or other silliness. I'm still evaluating that for the second one.

However, for the first one I decided to do something practicial. The first one is being transformed into a sleek looking media center enclosure for a raspberry pi.

Step 1: Hit the speakers with a flat black primer. 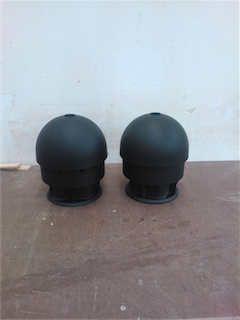 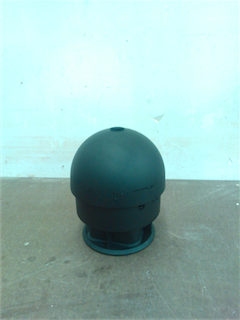 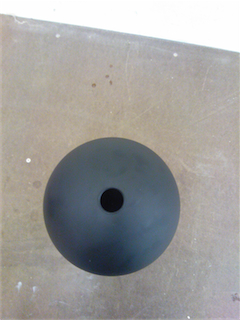 Next step, paint the interior a glossy red. 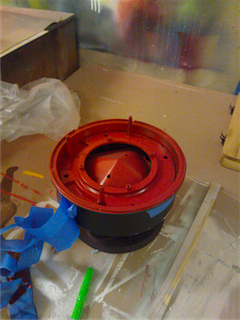 Here's the top half of the enclosure. There is a lot of space in this dome cavity, so it will most likely be a mount for some small internal speakers above the raspberry pi, once mounted. 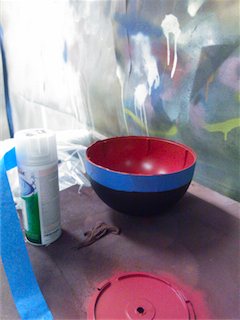 This is a CRUFT CD-ROM holder that I am using to hold the raspberry pi in place in the center of the enclosure. 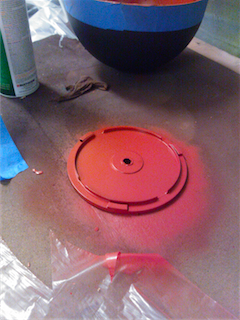 Top of the interior. 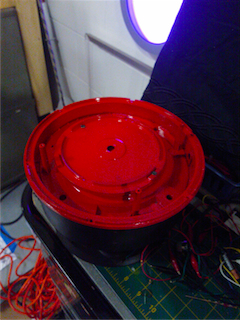 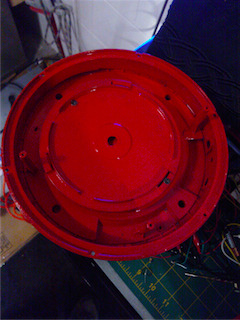 The pi has been mounted using screws and some double sided tape. 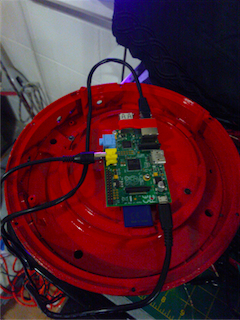 A 3-D printed top half to a case protects the pi from anything mounted above inside. This will be most likely a speaker system. 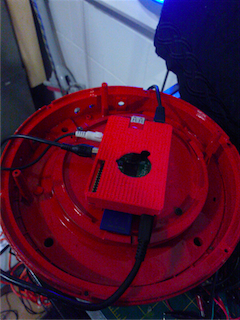 Close up of mounted pi. 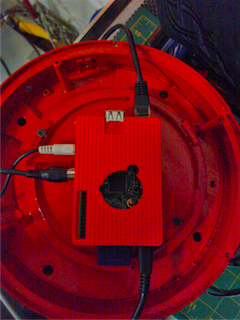 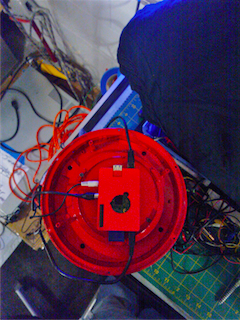 Mounted pi, a side view. 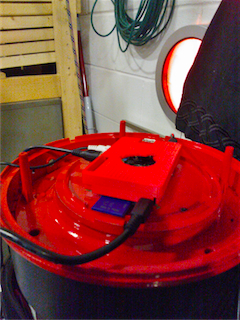 Re-soldering some of the wires before plumbing them into the case. 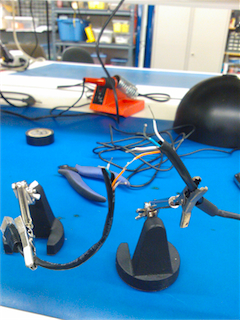 Working on the cables for the case, including ethernet, microUSB power, 2x USB feeds, HDMI out, and composite out cables. 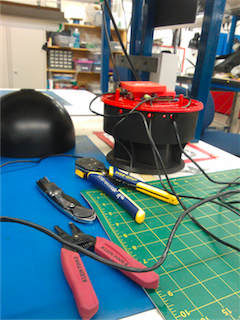 Here is the enclosure when it's painted. The wires have been plumbed yet. I also hit the enclosure with some plastidip to give it a "rubbery" texture look as opposed to a glossy black. I think I like it better this way. 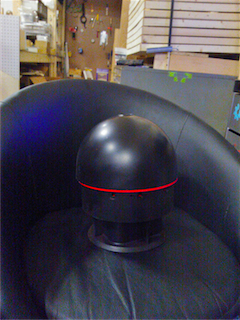 So, that's how far I've gotten with the case thus far as a side project with a few hours of investment. Stay tuned as I get it fully operational.